The concept of cardio is a common topic in relationship to weight loss and body composition. It is also very common to debate cardio vs interval training along with other callisthenic HITT versions of cardio, but often times distance running is what epitomizes cardio. I used to demonize cardio do to my previous dogmatic stance against distance running. My thought on the idea on distance running/cardio have changed albeit slightly.

To start it is a good idea to create a list of positives and negatives with some slanting to remain slightly dogmatic.
The good and the bad of cardio/ long distance running

(1) What the author defines as realistic work output

Taking the above slanted rubrics one would seem to be left with few alternatives when in actuality there are a myriad of things you can do that are and or can be aerobic and or anaerobic. I think the best way to describe the alternative to the monotony of distance running and or any cyclical activity would be to describe it as skill training most of which I can be describe as anaerobic and can be done by yourself.

In conclusion, the goal of skill mastery can lend itself to a sense of accomplishment that is not seen in steady state cardio. A good time frame would be 30-45 minutes a day, 5-7 times a week. Distance running is not the some evil hobby. Distance running without some goal of getting a better time at said distance is the enemy. Rather than work for volume of an activity work towards mastery of a skill there in.The idea here is rather than to trudge along doing the same thing over and over monotonously is to obtain a skill and to learn something new along with the vocabulary there in. Within each section each group there are various skills boxing has a great variety of combination of punches you can throw at a bag if you buy a membership to a boxing gym you can pay a person to train you in how to throw a punch efficiently and break down the subtle intricacies of said combat vs getting into some version of cardio kickboxing that has no real carry over to real life. Gymnasics and Yoga have similar attributes where you can learn and perfect a new pose or skill all of which have a greater difficulty and a progression to the point where mastery of one skill leads into another. With the advent of the internet there is virtually no limit to the number of skills you can learn that that have various progressions. People want to help, and be recognized for their talent. 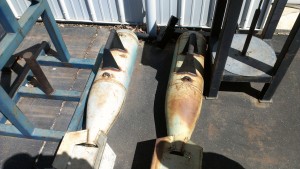 A quick overview of Wolff’s law demonstrates that the bodies given the right stimulus (volume and frequency of a load or movement pattern) will grow connective tissue (this includes bone, fascia, and muscle, ligaments, and tendons) to compensate for a load and movement pattern. The body does this to become efficient in a posture or against a repetitive tension. A similar way to look at Wolff’s law is to watch a plant grow near a window. The plant climbs towards the sun, similarly the body constructs it’s matrix to compensate for a load.
“How does this affect me?” as a lifter or athlete or desk jockey one might ask. Looking at Wolff’s law the body constantly receives stimulus via gravity, and impact. If I sit for too long the body conforms to the seated position.  If a person were to exclusively deadlift the body will conform to my repetitive oscillations up down, up down, up down. The greater the number of reps with less than technical the form and the more movement errors/compensation patterns, the more the body will conform. Following the deadlift phase and moving into a front squat phase the posture for the front squat will take some time before it feels natural and upright the volume measured in total tonnage will take a hit because the mechanical disadvantageous aspect of front squat by comparison to deadlift. All that aside your fascia has been aligning itself to be more efficient to stabilize a load in deadlift posture, along with your muscles your traps will likely be tight from the phase of dead and make maintaining low trap in the hole an issue. Slower adaptation is occurring in the bone structure but the osteoblasts are building bone to higher density in positions favorable to the deadlift load and your osteoclasts are breaking down un needed bone where tension is to low to matter. Though given the deadlift load is so high I would doubt osteoclasts are involved in theory.
This is all part of the bodies adaptation, and the bodies plasticity to conform to the demands of gravity and volume/frequency of stimulus. Therefore if you are a teacher and work diligently grading papers over night long enough your body might conform itself to the posture of a person hunched over a paper and sooner or later may develop thoracic outlet syndrome or other epidemiology related to poor posture. All this being said the body conforms to what is done the most. Some studies demonstrate hand dominance with hyperplasia interestingly enough.(1) Multiple studies relate bone mineral density to athletic activity. BMI also has been found to correlate with bone density. (2)
What matters is being cognizant of poor posture, poor form and trying to correct it for the sake of longevity. Who wants to suffer early into retirement? Sometimes it’s best to re establish a new normal in so far as weight on the bar so that you can maintain technical form not only for injury prevention but for application. Consider how much more a deadlift can carry over to a clean, when the movement pattern more closely resembles the first and second pull of a clean.