The Myth of Mortality

“Competition is like breathing you never feel alive unless you are.” 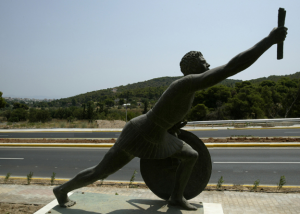 Below you will find a program a a test for rite of passage into these halls.  May the pantheon greet you.

“Come on you sons of bitches, who want to live forever?”
Sgt. Major Dan Daly